How I discovered Yoga for the Brain

It all started when I was about to turn eight-years old and I asked my mom for a bicycle for my birthday.

Totally distraught, I reached for my favorite book of fairy tales. After a few stories in faraway lands, I realized that if I couldn’t explore the outside world on a bike, I would explore the worlds far and wide on the inside world of my imagination. 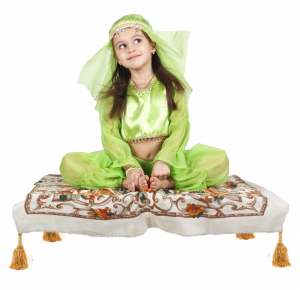 So, my local library become my magic carpet to distant lands- imaginary, factual and historical.

I could recite the nonsense poem Jabberwocky from Alice in Wonderland, make an active volcano from dirt, water, baking soda and vinegar and was inspired by Benjamin Franklin’s remarkable life.

I got older and finally bought a bike, which I rode all through my college years.

I loved to learn and became a freelance writer, researcher and a few other useful things, like a chef, to make ends meet. I found a spiritual teacher to help with meditation. I learned energy healing, goal achievement and how to speak in public.

I worked in theatre, television, radio, publishing and marketing and eventually found my true calling in helping others.

A few years ago, I was on an airplane to Colorado to visit my brother, Rick. I was all buckled into my seat at 30,000 feet when I realized the dreaded truth. I was bored. I had read everything on my iPad and the entire inflight magazine.

In desperation, I considered the Sudokus I saw in the magazine.  Looking at the squares, I had an almost visceral reaction.  “Sudoku- yuck! I don’t do those.” 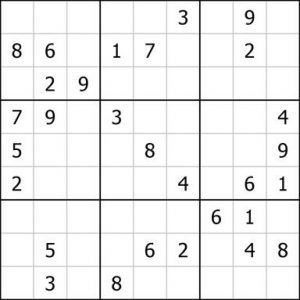 Then, I remembered something I had recently read. Puzzles, especially sudoku, help us stay sharp mentally as we age. This fateful flight I decided to get over myself and give it a try. I already knew I was going to be terrible at it. I started with the easiest one.

My suspicion was correct. I was not good at it at all!

My brother Rick is a mathematician, puzzle and game designer and retired technologist. On the drive to his home from the Denver airport I asked him if sudoku was easy for him. Of course it was.

He printed out some easy puzzles for me to try while I was there. I didn’t do much better on the ground than I did in the air. After a good visit, he dropped me off at the airport to head back home.

While standing in the security line, I made a crucial decision:  I was going to see if I could learn to master Sudoku and then find out if it really did help my brain function.

So I wouldn’t chicken out, I went straight to the airport bookstore. I bought a book of 300 easy puzzles as my self-imposed challenge. I wanted to give myself plenty of allowance for the learning curve and flat out failure.

Then, the most amazing thing happened. As I delved into the puzzles, deeply spiritual quotes began to pop into my head. I wrote the sentences down next to the puzzles in the book. 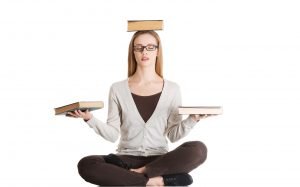 to realize that doing sudoku, like anything in life, could be approached as a path to mindfulness to deepen spirituality and life purpose.

That first book took me three months to finish. I was surprised to discover that this straightforward puzzle had a kind of magic.

My logical abilities became more finely honed the more I played.  I realized that doing these puzzles was a kind of yoga for the brain.

I knew that when we stretch our bodies in ways we are not used to, they become more flexible. Puzzles do the same thing for our brains. This discovery led me to do research on why and how that happens.

Turns out that training and maintaining our brains works best by entertaining them. Brains just want to have fun. They even send out happy shots of biochemical dopamine brain bliss that give us a boost of pleasure when solving a puzzle- whether it be acing a word search, learning a new language or packing a car with more stuff than possible.

I called Rick to share my excitement and discoveries. I really shocked him by asking if he would like to create puzzles for a sudoku book. He happily said “yes.” The rest is history.

We have gone on to create the Yoga for the Brain series of sudoku and word search puzzle books with secret messages. We have had a lot of fun doing it and it has enhanced our family ties.  We have won numerous literary awards, amazing authors are collaborating with us, and socially responsible businesses are requesting programs.

These games have a mind-body benefit no matter how old you are.

People tell me they sleep better at night after doing a puzzle before bedtime. They love catching a few refreshing minutes of mindfulness while waiting in the car or for an appointment. Many find that doing a puzzle helps take the edge off of their stressful day.

I love sharing the discoveries that have helped me so much.

Now, my mission is to help those who are worried about early onset Alzheimer’s and dementia, struggling to get a better night’s sleep and wish they were having more fun.

I can help because I have 25 years of experience helping people master the energy of their lives as the founder and CEO of the Subtle Energy Center.

As a meditator for more than 40 years, I have learned tricks and tips to help nourish and quiet the mind, keeping it supple and nimble.

And as an entrepreneur my whole career, I know how stressful life can get and have discovered practical, easy ways to relax and recharge.

I invite you to take full advantage of my experience.

Get the free guide and give it a whirl to see how it works for you.